Free Standard Domestic Shipping on All Orders Over $35. 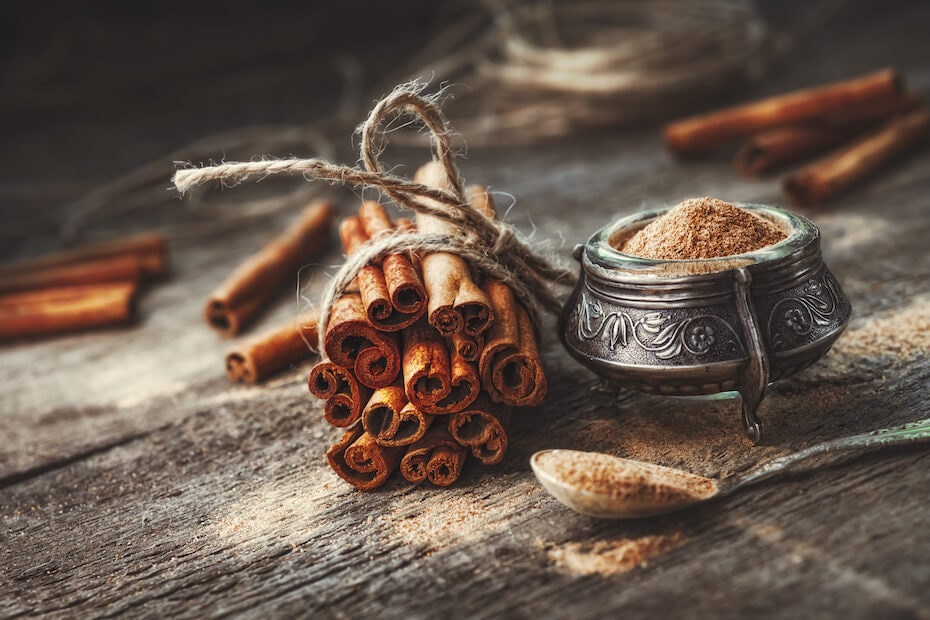 It isn’t likely that very many of us in North America will ever get to wild forage for cinnamon.  However, this exotic spice is a worthy addition to your home apothecary and magical shelf.

Did you know that cinnamon sticks are actually harvested, not by man, but by large cinnamon birds to build their nests? Anyone wanting to gather cinnamon sticks must then trick the birds in order to steal the cinnamon. It’s not true of course, but it was a great story for early spice traders to use to charge more for their wares. Another early belief was that it was gathered in fishing nets at the mouth of the Nile because Egypt was as far as Europeans were able to trace the cinnamon trade at the time.

The truth is that once people discovered the real origins of cinnamon, they went to great lengths to procure it and various countries took turns controlling it. It all started with the Venetians who controlled the original, and at the time only, source of cinnamon, Cinnamomum verum, in Sri Lanka. The Portuguese, tired of paying Venetian prices, decided it was worth braving the Horn of Africa to find their own source which they did in Ceylon. The Spanish actually made it to the Philippines where they found another subspecies of cinnamon, Cinnamomum mindanaense. The Dutch got involved in the 1600s, tossing out the old traders and establishing their dominance under the name of the Dutch East India Trading Company. At this point the entire industry got overhauled and they started cultivating the cinnamon trees instead of harvesting solely from the wild. Of course you know that isn’t the end of the story. In 1767, Lord Brown, of the famous East India Company, established what would become Asia’s largest cinnamon producing estate. Through this estate, and their absolute control of the sea trade, the British wrested cinnamon control away from the Dutch. Today, cinnamon is a common spice, gracing grocery shelves and spice cabinets all over the world.

It’s hard to believe now, with cinnamon so readily available and inexpensive, but cinnamon used to be given to reigning monarchs. Indeed, it was even considered an acceptable gift to the gods. To put the price of cinnamon into understandable terms, a pound of cinnamon during Roman times was worth about 50 months worth of wages. Though it was highly prized, you can see why it was used sparingly. Unless you were Emperor Nero, of course. This guy was so excessive, or maybe just feeling guilty for his part in her death, that he burned a year’s worth of cinnamon on his wife’s funeral pyre.

There are several species sold as cinnamon: 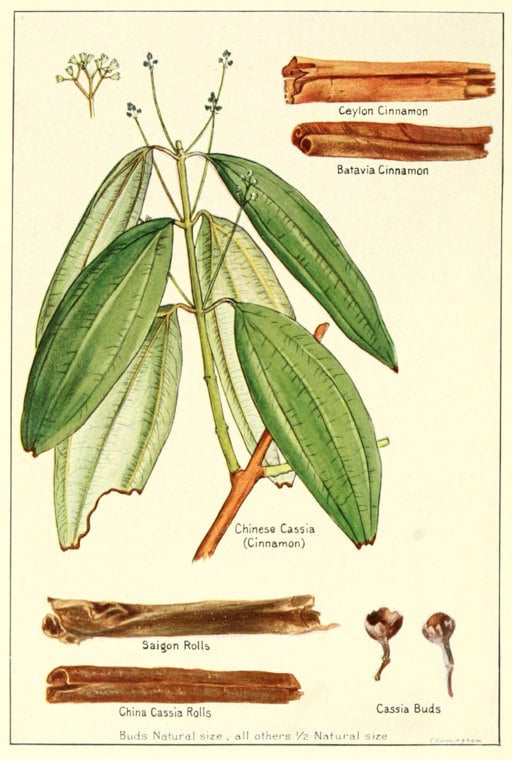 Family: Lauraceae This is the same family that bay leaves come from!

Parts Used: Cinnamon consists of the dried inner bark of the plant, which is rich in essential oils. It can be powdered, chopped, or used as whole sticks.

Cinnamon is native to humid tropical forests in southwestern India and Sri Lanka, but is cultivated in Indonesia, the West Indies, the Seychelles, and parts of Africa and South America. It is a busy tropical evergreen tree, growing 15 to 25 feet high, with soft, reddish-brown aromatic bark and leathery, oval, green leaves. Small greenish-white, rather unpleasantly scented flowers produce small, oblong, dark purple fruits.

It isn’t likely that very many of us in North America will ever get to wild forage for cinnamon. It is possible (with a lot of tenacity) to grow cinnamon trees in containers if you can recreate its tropical growing conditions, and after a few years these indoor specimens will even produce a small harvest. I imagine, given the space and tenacity to them, that having a personal cinnamon tree would be a wondrous experience. 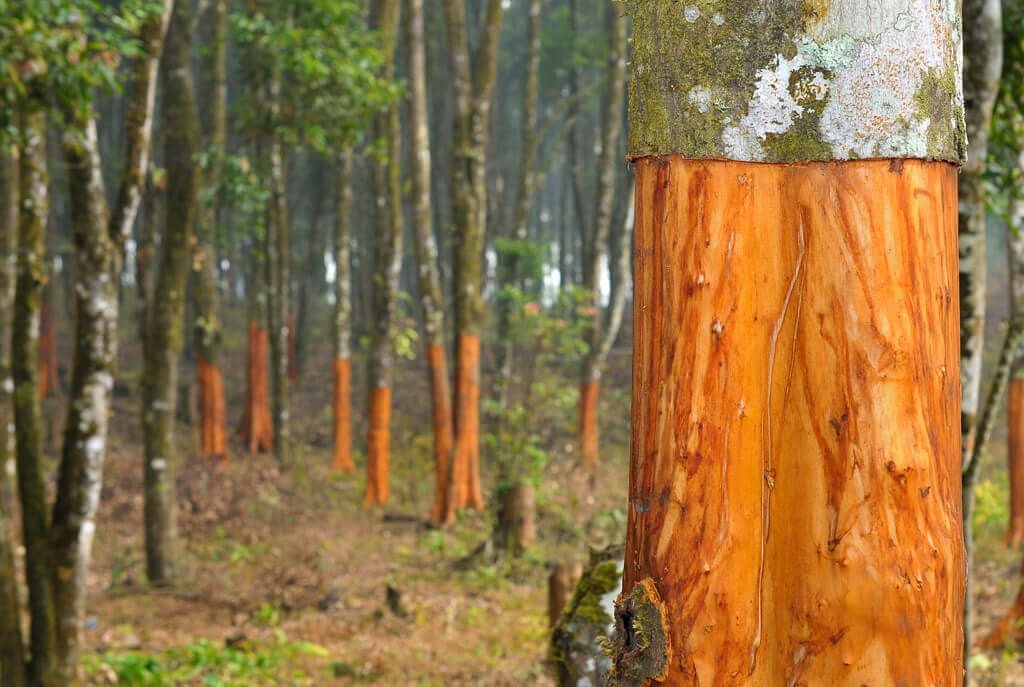 When it comes to harvesting cinnamon, we’re not actually breaking off sticks. In fact, cinnamon sticks are sticks at all; they’re quills. These quills are obtained by carefully peeling away the outer bark of the tree and then cutting away a sheet of the inner bark. On plantations, the process is a little different from wild or home harvest. Often they will cut the tree back to the ground to allow for multiple shoots to replace the original one. These shoots are then cut back again during the harvest to allow yet more shoots to arise. The process after is much the same though. The outer bark is scraped away and the inner bark is harvested in sheets. As this inner bark dries it naturally rolls up into the quills that we know and love. They are then cut to size and shipped around the world for our enjoyment.

Cinnamon has been used since time immemorial. It is one of the spices that spurred world exploration. The ancient Egyptians considered it an essential ingredient in the embalming process and in witchcraft. In the Bible, Moses was commanded to use it in the holy anointing oil. Europeans used it in religious ceremonies and as flavoring. However, it isn’t just a culinary delight, and it certainly wasn’t added to medicinal formulas for its flavor alone. Indeed, cinnamon is strong medicine all by itself. It was first listed in Chinese medicine in the Tang Materia Medica in 659 AD. Despite the differences in taste and appearance, cinnamon and cassia have very similar pharmacological effects and can be used in much the same way in herbal medicine. 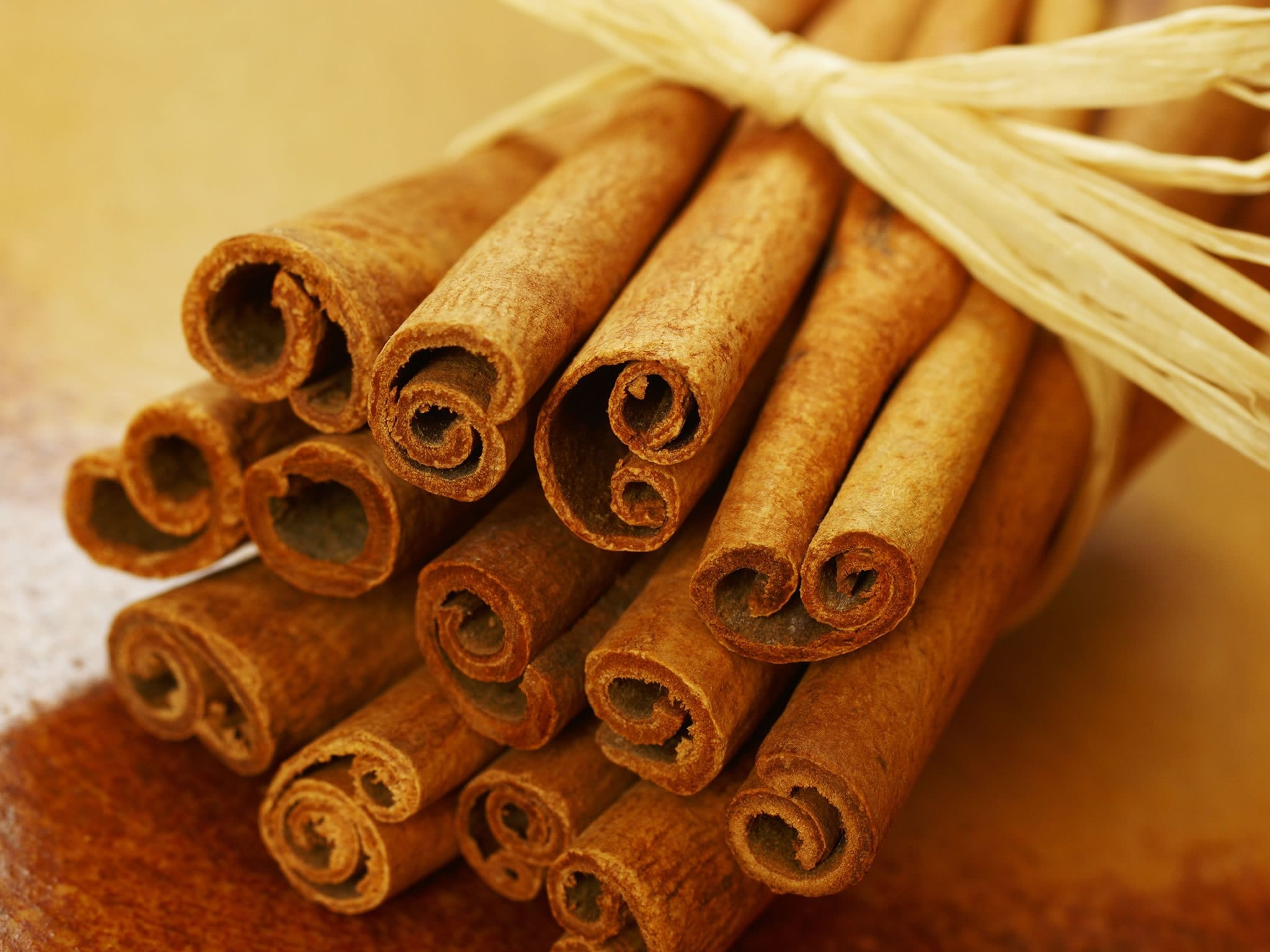 Cinnamon has been shown to be effective in controlling or eradicating many microorganisms including the one that causes Botulism and Staphylococcus Aureus, one of the sources of staph infection. It devastates the fungi that produces aflatoxin, a potent poison and carcinogen. It has also been shown to suppress E. Coli and Candida Albicans.

Sacred Soul Holistics provides an excellent psychological profile for Cinnamon: A super-strong personality, the Cinnamon person are very outgoing and can be aggressive. They like to follow their own path, and can be very defensive of people. They prefer comfort and stability, though enjoy a bit of excitement at times, as long as it is on their terms. Always in control, they are strong, and also desire a comfortable, materialistic life. They please themselves first, and like everything in its place. They are fair and moral, though can have strong opinions – which they rarely give in on, and can sulk for a long time. Sometimes accident prone, possibly because they can be quite sporty, they like physical jobs, but aren’t particularly entrepreneurial or creative; they don’t like the risk. When they become imbalanced, they can become superficial and shallow, and a bit of bully and they can lean towards infidelity because they are insecure. 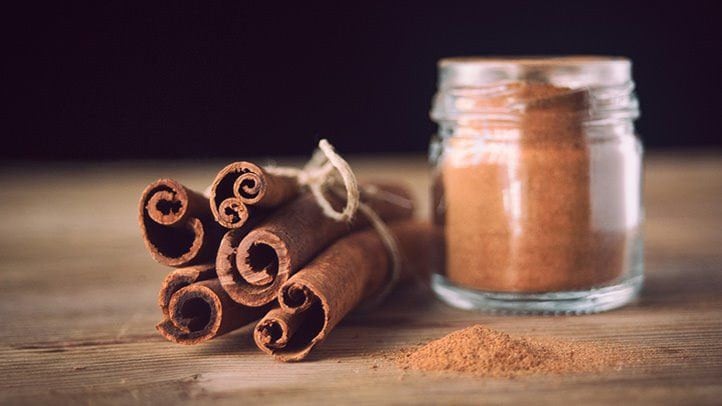 Tincure: Rosemary Gladstar recommends ¼ to ½ teaspoon two times a day for 5 days with 2 days off before repeating the cycle for stabalizing blood sugar.

Other Recommended Doses, Per Medscape:

Though cinnamon is generally considered safe and nontoxic (have you ever seen a warning label on a spice jar in the supermarket?), it does have slight emmenagogic properties (meaning it stimulates the uterus); while it may be useful to help encourage a late menstrual flow, it’s not recommended in large amounts in the early stages of pregnancy. (Truthfully, though, there aren’t any reports of a miscarriage resulting from the use of cinnamon.) 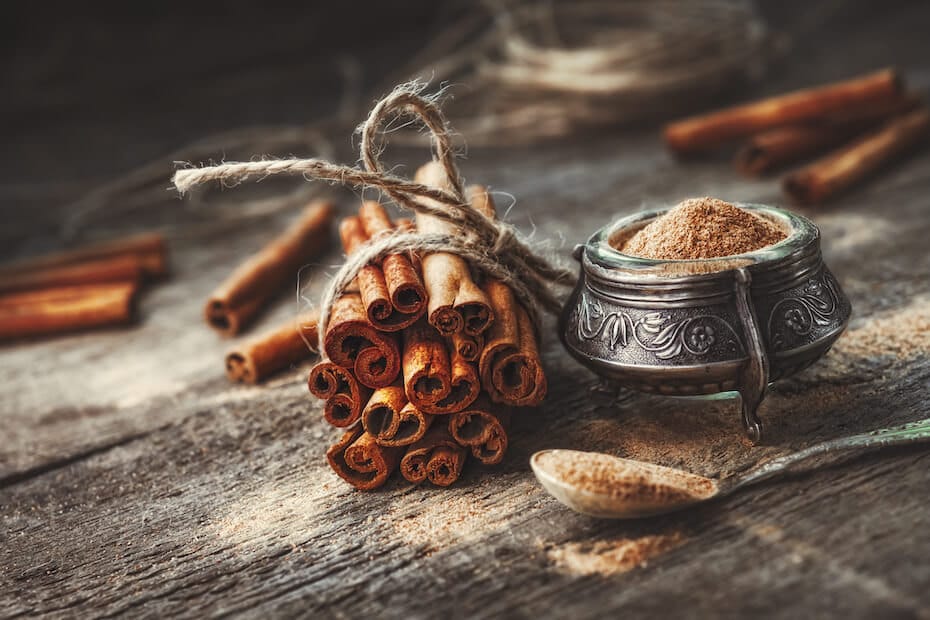 Cinnamon has a spicy magickal reputation. It can invoke lust, heal the sick, draw money, and even protect your home. Have you ever seen those cinnamon scented brooms for sale at the beginning of winter? Charged with just the slightest bit of intention and hung on your front door, they both ward against evil intent and draw happiness to the home. With a wee bit of ingenuity it wouldn’t be hard to make your own cinnamon broom (or just a bundle of sticks wrapped in a pretty ribbon for that matter).

Planetary Ruler: the Sun and Mars 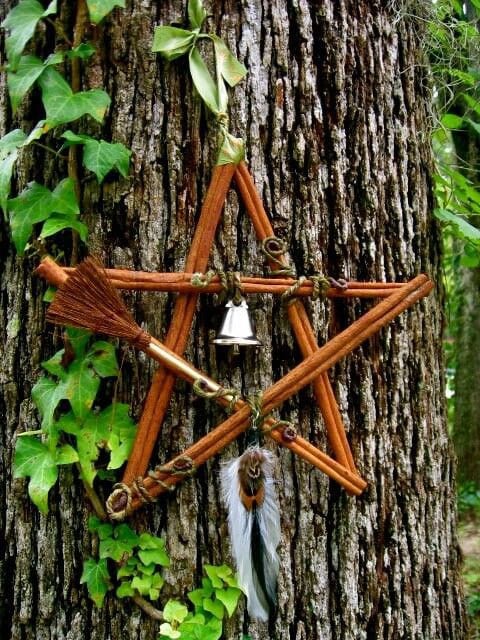 WiccaNow has a wonderfully easy abundance spell that even a novice witch can pull off.   Simple Money Drawing Spell

For something a wee more advanced, try using a cinnamon bowl spell.  Money Attracting Cinnamon Bowls (complete with spell and instructions) are available for purchase in the Tarot and Spell Extras Section. You can also find Cinnamon Sticks and Cinnamon Bark Chips in the Kitchen Witchery Staples section. 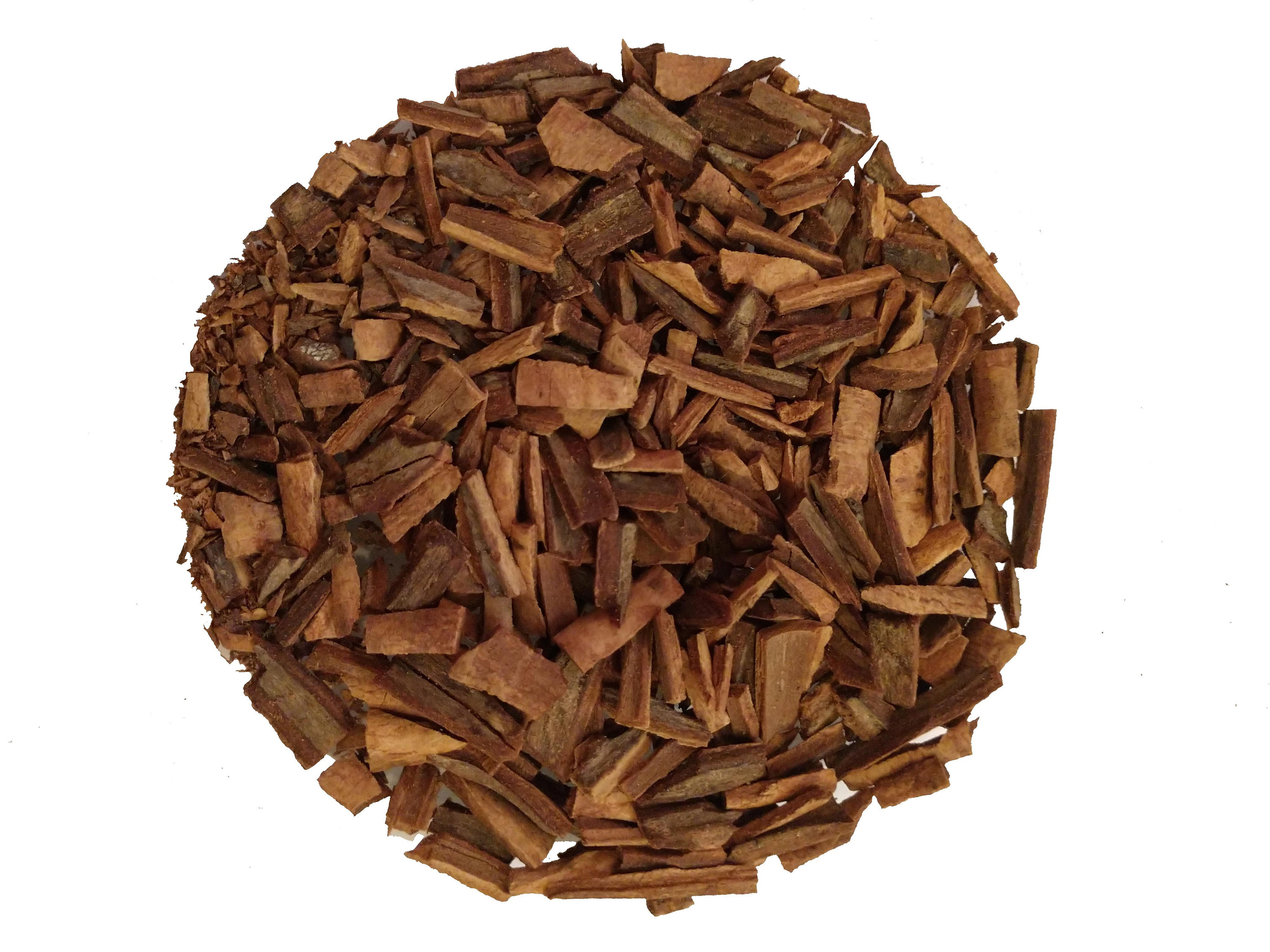 Cinnamon Bark Essential Oil can be found in the Lotions and Potions section. 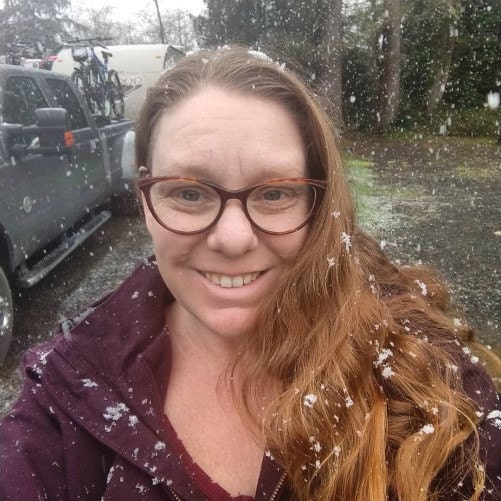 Disclaimer: Please note that I am a not medical professional and everything written here is a product of my own research. Don’t take any advice given here over that of a trained doctor. If you ingest any herbs, always make sure that you’re 100% sure that they’re safe. If you’re pregnant or giving to a child, always consult a doctor before ingesting herbs and plant you aren’t familiar with. Magickal instruction and spells are for personal entertainment purposes only. The desired result/outcome cannot be guaranteed as a result of using any magickal item, and should not be used as a replacement for medical/professional assistance.

Sacred Soul Holistics (2019) How To Choose Essential Oils To Match Your Personality And Emotions. https://www.sacredsoulholistics.co.uk/blogs/news/essential-oil-personalities

Notes from my studies at Vintage Remedies: School of Natural Health.

Additional information collected from various sources including personal experience and synthesized in my personal materia medica.